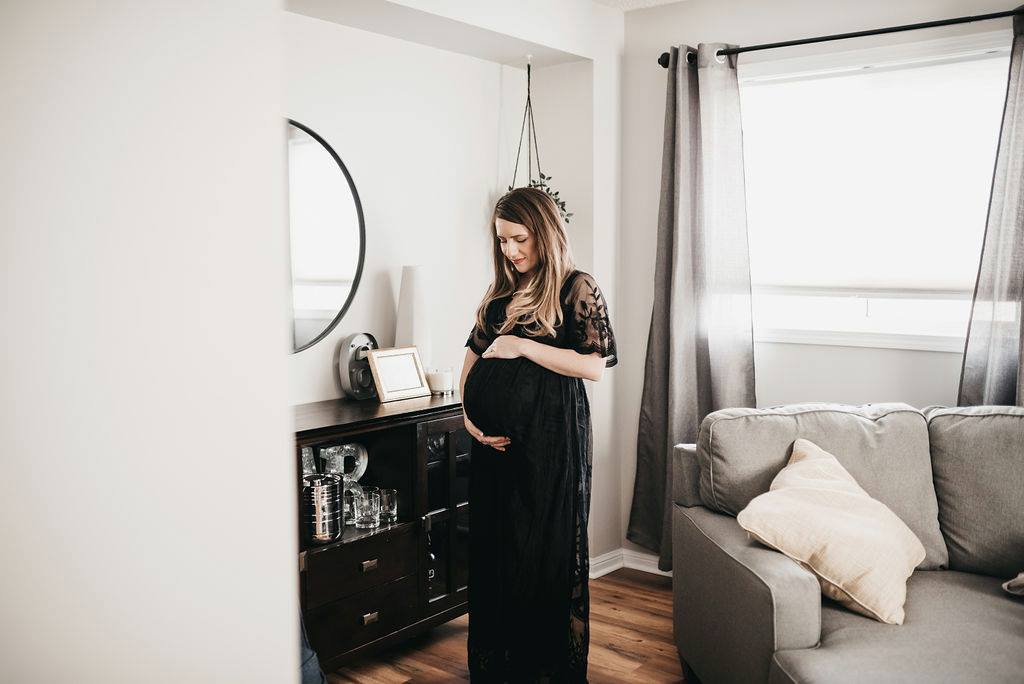 Being able to literally grow a human inside my body is the most incredible experience I’ll probably ever have. I’m extremely grateful that my body gave me the ability to not only carry a child but to have a healthy pregnancy throughout. There are so many people in this world who are unable to conceive so I knew that if I was so lucky to become pregnant, I would enjoy every single moment and never take this amazing gift for granted. Sure some days were tiring or full of back pain, but from the first moment to the last moments of pregnancy, I enjoyed every moment…(okay the contractions not so much).

We first found out we were pregnant on Father’s Day when I was already 8 weeks along…as you can probably guess morning sickness was not a factor for me (thank goodness!). The night before we took the test my husband slept on the couch as he wasn’t feeling well and wanted to keep his sickness away from me especially if there was a little one in my belly. I woke up super early that morning, feeling excited, anxious, nervous…basically every emotion possible. I had taken a couple tests in the months leading up that came back negative but I had a different feeling about this one. When I took the test I remember thinking it’s probably going to be one of those faint lines you read about people having where you’re unsure if it’s positive or not. Well I took that test and two of the darkest, boldest, pinkest lines appeared within the fastest 10 seconds ever. I immediately ran downstairs, woke up my husband and showed him the test. I think I said something along the lines of “I guess it worked!” and he first replied with “move, move, move!” with one eye open after I just woke him from a dead sleep – I was blocking his light. He then looked at the test, looked at me & the rest is history.

As soon as I learned I was pregnant I started eating super healthy which was not easy for this junk food lover. The first trimester I did amazing, the second trimester – well that’s where it went downhill. You can’t possibly refuse junk food when you’re pregnant during Halloween – just saying.

At this stage of my pregnancy I wanted to eat everything so that’s what I did. I wanted sweet, I wanted salt, I literally wanted everything. One thing I ate a ton of was frozen blueberries – I would literally eat an entire pint in one sitting no problem. I also randomly started liking avocado and tea which was probably my body’s way of telling me I needed to eat healthier.

This is the trimester where my belly popped & I let my secret out to the world. From feeling the first kicks, to seeing our girl for the first time, there were so many exciting moments that happened during this trimester which made it my favourite of them all.

This is the trimester I really started to FEEL pregnant. I’m always very go-go-go especially when it comes to work and this was the trimester where my body told me to slow down a bit. My heating pad became my best friend, my stomach couldn’t fit as much food anymore and anytime I dropped something I seriously questioned if it was worth the effort to pick it up or not. Mix all that up and add in a sinus infection along with the craziness of the holiday season and you should have what sounds like the most wonderful time of the year (not). Instead all I could focus on was that our baby was happy & healthy (…and that my skin & hair had truly never looked better!).

At week 36 I really started to feel like I was balancing a water balloon between my thighs and with every step I took it could easily break. One Monday morning I had my 36 week OB appointment where we talked about how I had no signs of labor starting & that if nothing happened this week we would try to get things moving at our appointment the following week. Later that day I was scheduled to work an 11-8pm shift. My team at work is amazing & made sure at this point I was only doing work in the office so I could sit as much as possible. I sat down for the first half of my shift & went on lunch at 3pm. I took two steps outside my work into the mall when I literally felt like I just peed my pants…or in this case my tights. I knew some women experience loss of bladder control during pregnancy so I thought that’s what was happening to me. I quickly waddled to the mall washroom where I soon realized what was happening. I called my nurse before calling my husband who was at work, just to be 100% sure that my water had broke before I freaked him out. I explained the situation over the phone to them & they told me I should slowly start making my way to the hospital. I called my husband out of his meeting then walked back & asked my boss to speak privately for a minute. She immediately looked at me & asked “did your water just break?”

We ventured home to pick up our bags, got stuck in a bit of rush hour traffic, then had my water break even more down our driveway that it looked like we just had a car wash. We got to the hospital around 6pm and checked in to our room around 8pm. My contractions didn’t officially start until 11:30pm so I was able to eat some Subway, watch the Leaf game & watch my husband silently pace around the room. My contractions were all over the place & never really stayed consistent. I had gone into labor at 36 weeks which was technically preterm but at midnight I was officially 37 weeks so they were making sure I got there so no preterm testing would be needed on our girl. The pain started to pick up as the night went on & I believe around 3am I got my epidural. I literally had a contraction as the anesthesiologist was putting the giant needle into my back – you know the part where you’re not supposed to move an inch? Yea it was brutal. By 5am I was 7cm dilated & fully dilated by 9:30am. At this point my girl was still sitting high so they wanted her to labor down on her own for 2 hours before pushing. I was pretty uncomfortable for the next couple hours but my nurse was a rockstar & served me popsicles to get me through. At 12pm it was finally time to start pushing & after 2 hours of pushing, vomiting, ice chips, facial spray (this was our labor routine – poor husband!), our baby girl finally came into this world happy, healthy & apparently with a full bladder as she peed on me the moment they put her on my chest. We also asked “it’s a boy?” when they held her up as all we saw were cords everywhere. The nurse moved the cords aside & we tried again, “omg a girl!” It was a crazy, surreal experience but one I’ll never forget & one I hope to do all over again one day as long as they give me drugs…& popsicles. 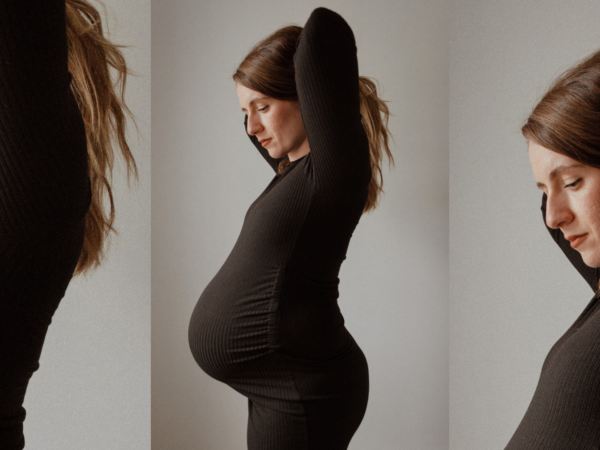 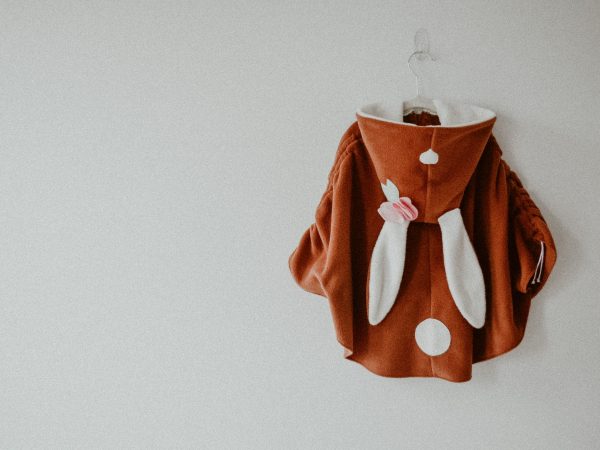 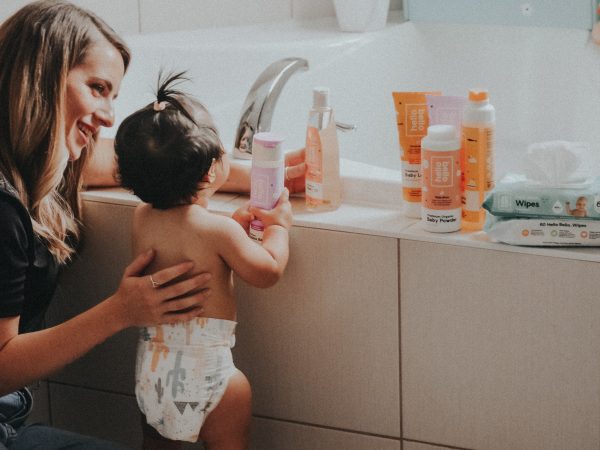